The following is an edited excerpt from Unvaxxed: Trust, truth and the rise of vaccine outrage by award-winning science journalist Dyani Lewis. Unvaxxed is the second book in The Crikey Read streak by Crikey and Hardie Grant Books. It is available to purchase from today.

On March 28, 2020, the Facebook Messenger app on my phone pinged with a message from mum. Forwarded from whoever had sent it to her, the message laid out some “important information about the new coronavirus”. It should have been the first Saturday of school holidays for my eldest daughter, who had just started her first year of school. Instead, the term had ended early and abruptly. International travel was banned, gatherings were curtailed, and two days earlier, my home state of Victoria had recorded its first death from COVID-19. The world was on edge. I was on edge.

“The virus hates heat,” the message from mum said, “therefore hot drinks such as infusions, broths or simply hot water should be consumed abundantly during the day. Avoid drinking ice water or drinks with ice cubes.” It went on: “For those who can, sunbathe. The sun’s UV rays kill the virus and the vitamin D is good for you.” According to the poorly punctuated, copy-pasted screed, the advice was originally sent as an internal email to staff at the Royal Brisbane Hospital. “Please share with family, friends and work colleagues,” it implored. My mother carefully forwarded a second, abridged version of the same message, a moment after the first. It claimed to be “SERIOUSLY EXCELLENT ADVICE by Japanese doctors treating COVID-19 patients”. It was obvious that neither claim was true and, to me at least, that the advice was nonsense.

Explore the Australian internet with WebCam

Sign up to receive WebCam (it’s free!) in your inbox every second Tuesday

“Unfortunately this is total BS,” I replied. “Happy to talk — have spent last few days talking to experts on transmission.” Hot water won’t stop the virus, I told her. Washing your hands is a good idea, I said. And facemasks make a difference, I added, even though not everyone was convinced of that at the time. 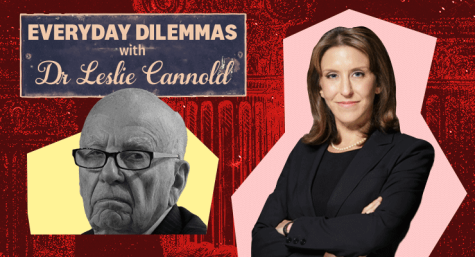 A couple of days later, mum sent links to sewing patterns for facemasks, no doubt discovered on the same platform she’d found the other dubious messages. But a month after that, she sent me a video on YouTube. “Have a look at this — really interesting!” she texted. The video was a webinar by Andrew Kaufman, a psychiatrist based in Syracuse, New York state. After reeling off his credentials, Kaufman laid out his thoughts on “What I think COVID-19 really is”. Instead of being caused by a novel virus, Kaufman speculated, COVID-19 was probably caused by some other form of cellular assault — stress, perhaps, or a toxin — which was causing microscopic vesicles with a virus-like appearance under the microscope to form inside a person’s lung tissue. Or maybe — though he couldn’t find anything in the literature to support his theory — electromagnetic radiation from 5G mobile phone towers was the culprit. And those first cases of COVID-19 in the Wuhan wet market? Probably just a case of bad seafood, he said.

I called mum straightaway. The doctor — who has since disavowed mainstream medicine — doesn’t know what he’s talking about, I said. I was neat as I invoked conspiracy theories and the stupidity of people to believe such garbage. Mum bristled and became defensive at my tone. “OK, well I don’t know. That’s why I’m asking,” she said. I wonder whether even then, she was deciding to be more careful about what she shared with me.

Despite reporting on little else, I barely spoke of the pandemic with my mum over the next year or more. My world contracted around me. Lockdowns, home-schooling, and interviews about contact tracing, facemasks and specks of contagion carried on air currents dominated my days. But my mum’s life away from Melbourne proceeded relatively untouched by COVID-19, which is not to say she wasn’t dealing with other upheavals. A few months before the pandemic arrived on Australia’s doorstep, she sold her house in the leafy hills of Melbourne’s outskirts and temporarily moved in with her sister in Adelaide. Then, at the end of 2020 — having spent all of five days in lockdown — she moved again, this time to Canberra, to be closer to my brother and his kids, and to start afresh. Two weeks before Christmas 2020, they signed a lease together.

In August 2021, Canberra was on the precipice of its first lockdown when my brother texted me. “So I’m kind of worried about [mum]. She’s gone [off] the deep end with COVID conspiracies,” he wrote. “Anti lockdown, anti vaccine … all the right-wing loopy stuff from the states,” he wrote. His main concern was for his kids — aged 11 and nine at the time — who were being fed a diet of fearful warnings from their grandmother. Microsoft founder Bill Gates is bankrolling vaccine development, she told them, and they’re not really vaccines at all, because they alter your DNA.

Her messages at the start of the pandemic suggested she had already tapped into some questionable networks online. But I’d ignored those crimson-bright warning signs. YouTube and Facebook algorithms — combined with her own tendencies to mistrust Western medicine and government authorities — had taken her to the darker corners of pandemic denial and conspiracy.

A week later, my brother contacted me again. Mum had sent him a link to a YouTube video, “MASS PSYCHOSIS – How an Entire Population Becomes MENTALLY ILL”, which cunningly portrays the COVID-19 pandemic as an episode of propaganda-induced society-wide madness, à la the 17th-century Salem witch trials in Massachusetts, without ever mentioning the pandemic specifically. My brother tried to tell mum that the science about the pandemic was conclusive. “Bullshit,” she replied. “It’s not really about the science but what is being allowed to be reported.”

I shouldn’t have taken it personally, but this hit a nerve. 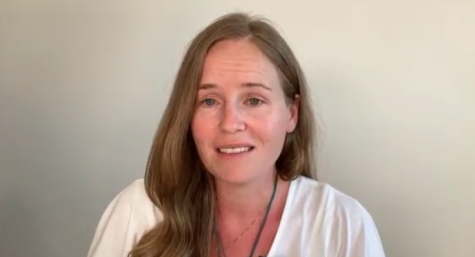 I called her, told her we were concerned. But there was little concern in my voice as I berated her for getting all her information from Facebook and YouTube. She started telling me about how fear-mongering propaganda can cause mass, population-wide psychosis. Then she turned to defending herself against my attack. Eventually, she just hung up.

In the weeks that followed, she launched a campaign to convince me that truth was on her side, that I was the one who was mistaken. With the vaccine rollout now in full swing around the country, she was determined to persuade me that the vaccines were dangerous. She’d send a video link. I’d reply with another link to debunk the video’s content or expose the liars in the video who were peddling mistruths. “If you believe in smear campaigns without knowing both sides that’s fine. Can’t believe you are so gullible,” she wrote. “This is a repeat of the things that happened in Nazi Germany. The propaganda is unreal. But then telling you that is pointless so just forget it. No need to reply.”

I’m far from alone in having a significant personal relationship catastrophically rupture over questions of how the pandemic has been managed, and over the COVID-19 vaccines in particular. Ask anyone, and they will tell you of a person in their orbit — a family friend, a brother-in-law, a colleague at work — who has chosen not to be vaccinated, lost their job because of vaccine mandates, or joined one of the many “freedom” rallies to decry restrictions that have been placed on the unvaxxed.

When I spoke to Julie Leask, a social scientist who is the go-to expert on vaccine refusal, I asked her about the best way to combat anti-vaccine activists. Her advice: don’t give them oxygen. “Our perception of what others are doing affects what we think is a norm, and social norms affect vaccination,” she told me.

There are good reasons not to shy away from what is a complex and thorny issue. Vaccine coverage — though high — is far from uniform. For some, disadvantage and lack of access to vaccination services remain barriers. As a society — a wealthy one at that — we should all be concerned that this is the case. But we also need to take an unflinching look at why people who could access vaccines if they wanted to are instead refusing them, despite overwhelming support for vaccines from all corners of the scientific community and regulatory machinery.