Prerna A Jhunjhunwala and Nikhil Naik, founders of Creative Galileo

People who work with kids know how difficult it is to keep them engaged with online learning content. Creative Galileo keeps children hooked by adding in their favorite cartoon characters. The Singapore-based edtech platform announced today that it has raised $7.5 million in Series A funding from Kalaari
Capital, East Ventures, Affirma Capital and angel investors.

The funding will be used to start scaling Creative Galileo across Southeast Asia, hiring for local teams in Indonesia and Vietnam, its next markets. The app is currently most active in India, where it says it has seen about seven million downloads.

Creative Galileo’s new funding brings the company’s total raised so far to $10 million, including a pre-Series A round of $2.5 million in October 2021.

Founded in 2020 by Prerna A Jhunjhunwala and Nikhil Naik, Creative Galileo describes itself as “Southeast Asia’s first-of-its-kind character-based early learning platform for kids aged three to 10.”

Jhunjhunwala told TechCrunch that Creative Galileo differentiates from other children’s learning apps by offering preemptive aptitude tracking, so their learning content is personalized based on what they already know. At the same time, it also aligns with the NEL (Nurturing Early Learners) curriculum developed by the Ministry of Education in Singapore. Its learning concepts include STEM, animation and graphic design, social and emotional learning and financial literacy. 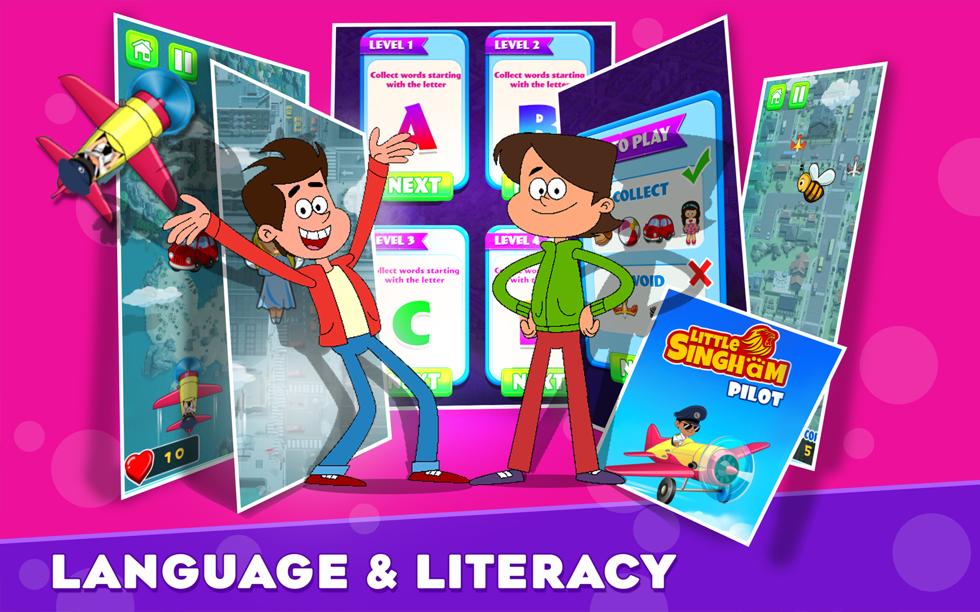 Jhunjhunwala said she wanted to found an edtech startup because she grew up near jute factories, largely in Tier 3 Indian cities, and saw how educational disparities affected children. “During that time, when interacting with children and parents, I came to the realization that there was a major learning crisis. There was a vast divide to access in education and many children I met were unable to read and write, or do simple mathematics.”

This is still an issue today, with Jhunjhunwala pointing to research showing that 70% of 10 year olds are unable to do basic subtraction, and a further 70% of 15 year olds cannot read books meant for a nine year old.

“Essentially, these children were, and still are, set to enter adulthood without basic education,” she said. “I knew from my experience that my mission was to create opportunities for children to access education that would set them up for life.”

After moving to Singapore, she realized that the curriculum being taught across Southeast Asia was also missing the mark.

“Children across the region are still following the same age-old learning methodologies that their parents and grandparents experienced and are not being taught skills that are relevant for today’s world. The education system, with a ratio of 1 teacher to 30, or even 40 students, is creating a cookie cutter approach,” she added. “It’s like fast food for the mind.”

Initially, Jhunjhunwala sought to fix the problem by setting up a chain of schools called Little Paddington with its own curriculum. But even though the schools were successful, she felt they fell short in her goal of democratizing education. That was why she decided to found Creative Galileo with Naik, a parent at Little Paddington who has had experience building direct-to-consumer products and internet ecosystems in Asia.

Localization, especially for languages ​​and intellectual property, is a big part of Creative Galileo’s strategy as it expands into new Southeast Asian markets. Jhunjhunwala explained that the platform is modular so it can handle changes to characters and support cultural nuances, local languages ​​and curriculum.

“Every country within Southeast Asia is extremely diverse and so the product was built to be easily adapted in order to ensure local relevance and support multiple languages, even within a single country,” she said.

She added that the startup is currently in the middle of conversations to secure some of the region’s most popular children’s cartoon characters for the platform. It’s already signed an agreement with EBS Korea, a public broadcaster and one of the largest early education content companies, to bring its content onto Creative Galileo.

Indonesia is one of Creative Galileo’s next markets because “the challenges faced by children there are similar to those we have experienced in India,” said Jhunjhunwala. Meanwhile, Vietnam has a strong focus on English-language education, giving the startup a chance to offer dual language capabilities for kids. “In addition, both countries already have strong infrastructure and smart device penetration rates, which paves the way for easier adoption of our solution,” she added.

The app has already started to monetize on a small scale, Jhunjhunwala said, but at this time, it is focused on scaling. It makes revenue using a freemium model.

“We have been frugal in our expenses and have achieved this scale with a product- and content-led approach,” she said. “Our consumer acquisition cost has been less than US two cents, and as a result we have a lot of buffer capital and a long runway to the next raise.”