A social network of virtual pocket worlds with a daily user base roughly the size of Spain’s population, Roblox is ubiquitous among kids 13 and under and mostly mystifying to adults, who can’t generally see past its simple gameplay and blocky environments.

Those blocks are comprised of what Roblox calls “materials” — stuff like wood for trees, concrete for streets and brick for buildings. Now, Roblox is rolling out updates to make those materials look and act more lifelike, so sand will look more like sand and you can also get a truck’s tires stuck in it. The changes are part of Roblox’s mission to update its visual fidelity across the board and will be available to all developers starting today.

As a generation weaned on its pixelated strip malls and murder mystery simulations grows up, Roblox is trying to grow with them. Roblox has introduced improved lighting, spatial voice chat and more realistic avatars to that end and now the company is overhauling core aspects of the visual toolkit that developers use to craft the games and social spaces that it is known for.

Before the Roblox materials update 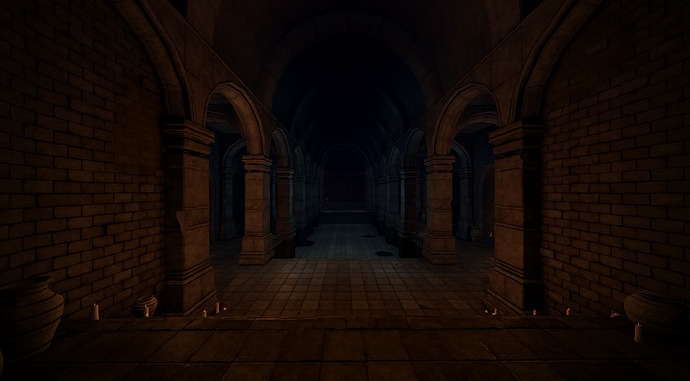 After the Roblox materials update

The goal is for hanging out in Roblox to feel more like exploring the real world, right down to the kinds of cascading effects you get when different parts of that world interact with one another, according to Roblox Product Director Josh Anon, who spoke with TechCrunch about the update.

“I sometimes tell candidates that Roblox is a physics engine with a game engine built around it,” Anon said. “…This makes it so that when our users go and they enjoy our experiences, their natural intuition of how things should work will out of the box work that way.”

How Roblox handles materials in the game is a big part of that. If you’re playing a bowling game in Roblox and you hit pins with a bowling ball made of wood, it will behave differently than if you make the bowling ball with a denser material like granite.

With the new update, the wooden bowling ball and granite bowling ball will both look more realistic, but Roblox developers could actually introduce a new variant material that looks totally different and make the ball out of that instead. Along with the visual updates, Roblox is also adding a tool for creating custom materials through a new “material manager” menu in Roblox Studio, inviting developers to give materials a unique look and feel and opening up a world of visual variety.

The company’s long game vision for a fully interactive virtual world evokes something closer to Breath of the Wild’s sandbox of emergent behavior — the wild combinations and interactions that its physics and “chemistry” engine makes possible — than what most people would think of when they think about Roblox. At its recent developer conference, Roblox CEO David Baszucki conjured visions of a virtual forest in Roblox that could burn down if you dropped a match in it.

“It’s great for developers, because when you’re building, they don’t have to go code all this behavior, they get it for free with a physics system,” Anon said. “So this notion of replicating the real world, match people’s intuition, give them an emergent behavior, it’s really important to us.”

Roblox is sensitive to the fact that its users still really like the experience they have today. The new materials will be enabled by default in anything new that devs build, but existing experiences will only be updated if that option is toggled on. Anyone will be able to create custom materials, but you can also just keep building with what you already know and like. The company has been working on introducing materials for more than a year now, and previously backed away from a plan to automatically update materials after pushback from the community, opting to give developers the option instead.

Longtime Roblox users might notice the change in visual fidelity right away — or they might not even run across it. It all depends on what the developers who make the experiences they spend time in decide to build into those spaces. A handful of developers have had beta access to the new materials and been able to experiment with them in popular Roblox experiences like Jailbreak, Winds of Fortune and Rolling Thunder.

But where devs choose to implement the new materials, the change will be easy to spot, according to Anon:

“We provide one brick out of the box,” Anon said. “But if you go look at the world around you, there’s not just one type of brick… what’s the size of the brick with the spacing? What’s the weathering and texturing on the brick? And just customizing this simple thing is lets your world really differentiate itself, where you can have like, a Chicago suburb that looks one way and then maybe a building that looks like it comes out of London and it’s been around for hundreds of years.”

Over time, Roblox’s decision to make its textures and avatars more realistic might matter a lot to another big presence on the platform: brands. If you’re betting on selling a whole bunch of virtual goods, then making those wearables and the spaces they’re showcased in visually interesting and distinct from one another is good business. From Gucci and Vans to Ralph Lauren and Nike, Roblox already has luxury brands lined up to court young users, but more visual fidelity could help those shoppables pop.

Ultimately, upgrades to what’s humming under the hood at Roblox aim to please the platform’s unusual mix of developers, kids and brands alike. But rather than an overarching visual theme or recognizable thrust toward a certain kind of gameplay, Roblox just wants to make it possible for people to build the sea Roblox — whatever that might look like.

Roblox lacks the polished visual language communicated by an Epic Games — or even a Minecraft, arguably — but what it lacks in thematic coherence it makes up for in choice. The company doesn’t even necessarily have experiences it wants to steer the community towards building. It just wants them to build whatever — vibey subway cars, strip malls, horror islands, Parisian cafes, a whole-ass Gucci Town, complete with an apparently overheated secondary market.

Roblox is a place to build a whole bunch of stuff and that stuff is going to look more like real stuff, if you want it to, and it will interact with other stuff in realer ways too. But if that’s too rich for your blood, regular ol’ Roblox will still be there with its cereal box-shaped avatars, flat graphics and glut of virtual suburbs — for now at least. (These icons of Roblox are at once comfortable and completely inexplicable, much like the Roblox experience to anyone my age.)

Updating Roblox’s iconic if lo-fi visual style is a risk, but the company views it as one well worth taking to unlock the platform’s real potential as a place where just about anything is possible.

“One of our developers actually said you know, [this update] is going to be the thing that will push Roblox away from the ‘Roblox stereotype,’” Anon told TechCrunch. “The thing for us is, we’re all about empowering our communities and letting them bring their imaginations to life and creating. And somebody’s imagination doesn’t necessarily look like our imagination.”